The Kiki challenge has taken over the Internet and how! The newest trend on social media, which involves jumping out of a slow moving car and dancing alongside it, has been inspired by singer Drake’s latest hit “In My Feeling.” Also known as the In My Feelings challenge or “doing the Shiggy” – thanks to comedian Shiggy who posted a video dancing to the song – this dangerous trend has naturally led to a lot of warnings against it. AfterMumbai Police and UP Police, who both posted warnings against the Kiki challenge, it is the turn of Jaipur Police 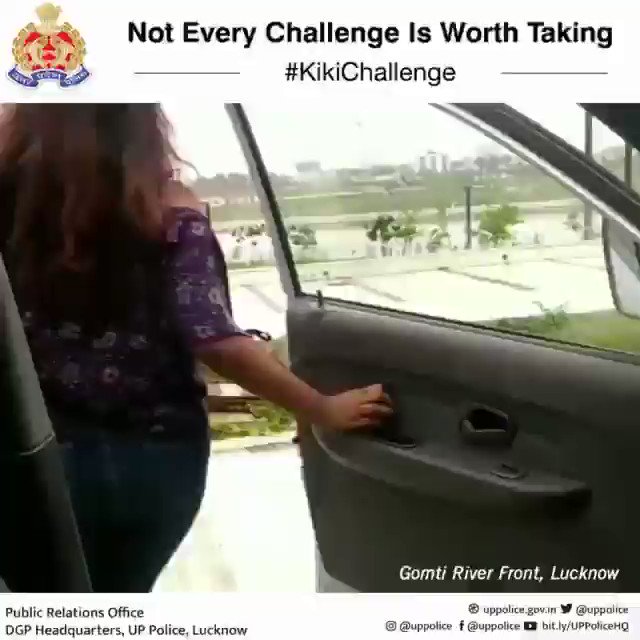 Dear Parents, whether Kiki loves your child or not, we are sure you do! So please stand by your kids in all the challenges in life except #kikichallenge . #KiKiHardlyAChallenge #InMyFeelingsChallenge #UPPolice

While Mumbai and UP Police shared videos of people doing the Kiki challenge to warn people of its hazards, Jaipur Police took a hatke route. Sharing a picture of a man with a garland around it, they wrote: “In loving memory of KK: loving boyfriend to Kiki, died while doing the Shiggy.”

Shared on Facebook and Twitter about 17 hours ago, this dark yet thought-provoking graphic definitely managed to gain people’s attention.

“Jaipur Police you nailed it this time!” wrote one person on Facebook. “Looks like Mumbai Police has a competition,” said another.

Besides the Jaipur Police, Delhi Police also used a creative way to get their message across: 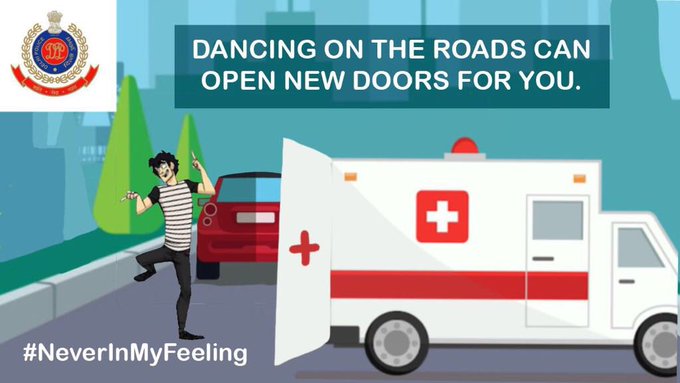 Dance on the floors, not on the roads!
#KikiChallenge is not worth the fun.#InMyFeelings Keep #Delhi roads safe for all.

“Dance on the floors, not on the roads!” they wrote in their tweet.